Some of the earliest advice I got about figure drawing came from a local comic artist who recommended that I start my journey by tracing photos of people Don't worry about those "how to draw" rules of measuring a figure so many heads high, and don't trace cartoons of characters unless you want to get locked in to that style. Find all the photos of real people that you can, and trace as much as you can.

Today I'm struck by how Mr. Miyagi-like that advice was, the artist's equivalent of wax on/wax off. Boring though it seemed for a kid who wanted to get right to drawing Spider-Man, the effects were subtle and many. The most striking was how my wrists and fingers seemed to learn what "felt" like a convincing figure. Calculating the distances between the landmarks of a human face seemed to become automatic, while made-up poses and perspectives that I never saw or tried before were suddenly possible and even realistic. 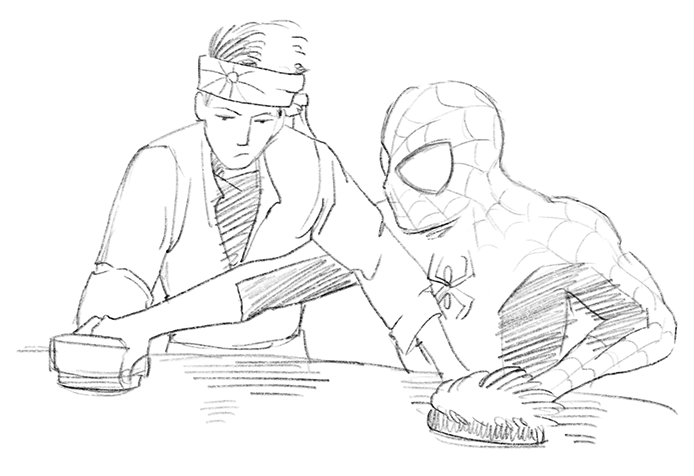 I wish I had stuck with it longer because at that age, it would have made a real imprint.

Also striking was how that muscle-memory training was built on the media I worked with (a PaperMate mechanical pencil and thin school notebook paper). While I could switch to a pad of heavy tooth sketch paper and graphite pencil, at the time, those seemingly minute differences were just frustrating enough to my system that I rarely liked the results. Even today I have struggles drawing 100% what I want with a Wacom or iPencil. The cooperation I want just isn't all there when there's a computer processor in the way.

That level of sensitivity is your first clue about why 2D will never die, even as 3D seems to take over gaming, Hollywood, and all their job postings. 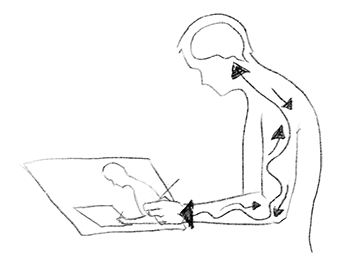 What actually happens when you connect a pencil to paper goes far deeper than just graphite meeting the surface. In fact the connection goes all the way to the core, as your brain extends its power through your arm to the paper. Thought itself becomes physical through a direct and immediate pathway, and the physical feeds back to the mental as the signals from the paper surface coordinate with your hands and eyes to grow a series of thoughts into a full-blown concept.

Do you ever think about how astounding that is? It's hard to because of how naturally the process happens. But think about what a drawing is. That line you make is a physical record of your most minute decisions. Some you're not even aware of. With pencil in particular, the line shows how fast you moved, how hard you pushed, or how light your touch was, how steady or jittery your wrist was. You can actually see the artist's energy in a line. 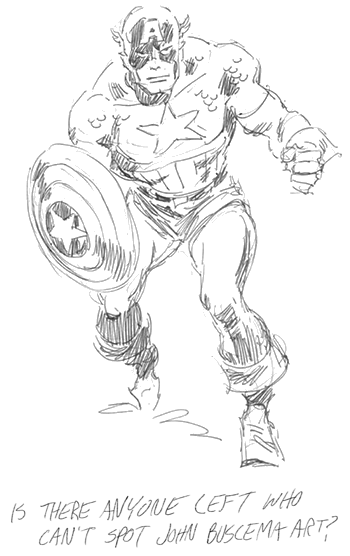 In a way, you can even see the artists themselves in their lines. How many comicbook fans can identify their favorite artists just by their art, even a loose sketch, without a signature?

And this doesn't just apply to professional artists - there's an entire field of study behind handwriting analysis, where graphologists can decipher personality traits just by how you write with a surprisingly high degree of reliability. And as you step back and start to look at the big picture of what those lines are building, you find even more of the human mind, as psychiatrists do when analyzing children's artwork.

In short, 2D art is one of the deepest, most fundamental forms of human expression. You're born with the instinct, even the drive, to draw and it's been a part of humanity from the earliest days of cave paintings.

So when I hear that 3D is taking over videogames, oh isn't it sad ... I just shrug. Because even if it does, it can never be a replacement for that deep human need. Yes, 3D brings in the big sales, and that's what it's meant to do. Think of 3D as audience spectacle, 2D as human connection.

The issue is that the entertainment industries are built around "bigger and better". To stay competitive, they have to keep growing more spectacular or else people will become disappointed. How much bigger they can actually get before things plateau is an open question, of course. Sometimes I think movie credits are on their way to becoming longer than the movie, and those 3D models of Mario 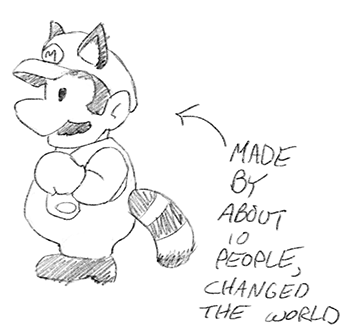 each new game are starting to look less and less different (although at the same time I'm sure they're becoming exponentially more complicated behind the scenes).

The result is that for these companies, the stakes are constantly life or death. Creativity and any other divergence from proven formulas become risky because they need to be as certain as possible their games will make enormous amounts of money just so they can survive and pay the massive amounts of people who work for them. Rapid growth comes with a lot of risks, but to me it just seems kind of intrinsically sad whenever more and more people are needed to produce what used to be done by few.

Ron Gilbert reminisced in his blog about the joys and freedoms of working on the renouned Maniac Mansion with Gary Winnick: 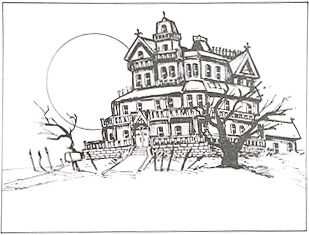 I don't remember a point where the game was "OK'd". It felt that Gary and I just started working on it and assumed we could. It was just the two of us for a long time, so it's not like we were using up company resources. Eventually David Fox would come on to help with SCUMM scripting.

Three people. The way games were meant to be made.

For professional game companies, those days are long gone. But here's the strange thing: for independents, it's still happening and even succeeding. Their audiences are growing today because of the vaccum left behind from the all the big companies chasing after Call of Duty clones. If you were to ask if 2D games will ever make a comeback, I'd tell you they never left - you've just been distracted by all the spectacles.

A conclusion: if you want to work for major game companies, it's probably best to pick up a 3D program, find out what part of the pipeline you enjoy most and specialize. If however you want to make games that can connect with people on a deeper level, 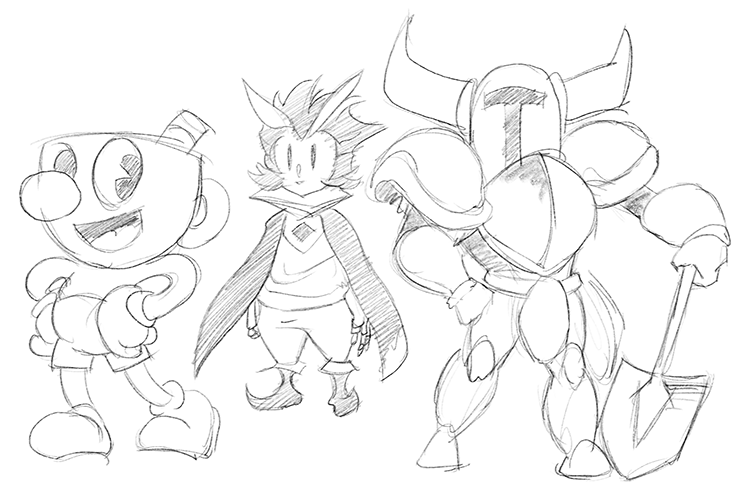 consider that you don't need to make a game a spectacle in order to make it good.

Ultimately, you could say the difference between good 3D and good 2D is the difference between a kid seeing a good 3D render of his favorite game character and thinking "I wish I could scuplt/model/texture/light/script that" versus him seeing a good drawing of Spider-Man and thinking "hey I could maybe draw that". Kids may watch Pixar, but afterwards they go make drawings. That's why 2D will never die.